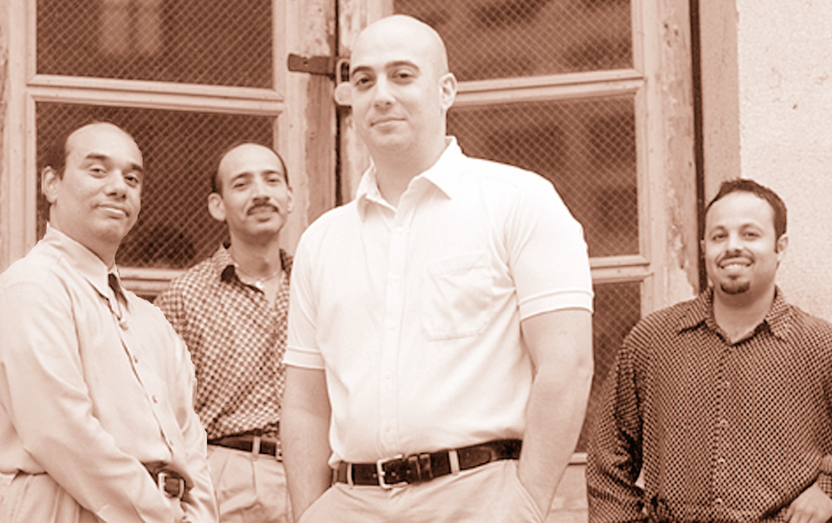 When asked to label Sonido Isleño’s music, critics and fans agree that it is Latin Jazz in the truest sense of the term: Sonido Isleño explores different ways of mixing Jazz and Spanish-Caribbean music, while making the music accessible, organic, and logical. This is the direct result of the New York musicians involved, who are completely bi-cultural, a benefit of being residents of the largest Caribbean city in the United States. Active since 1996, Sonido Isleño is the brainchild of Dr. Benjamin Lapidus and is made up of master musicians who have performed and recorded with a who’s who of Latin music including Eddie Palmieri, Celia Cruz, Ray Barretto, and The Buena Vista Social Club, among others.

In an August 2004 interview with Nestor Gómez for Barranquilla’s major newspaper, El Heraldo, Lapidus explained his musical concept: “Many people say that Latin Jazz must have certain characteristics. But I look for ways to put jazz into Latin music rather than making Latin music subordinate to jazz, which is the classic notion of Latin Jazz. I try to present musical situations that can bring folklore and jazz together in a straight-forward fashion, so that the listener doesn’t lose the harmonic complexity of jazz.”

Unlike other Latin Jazz groups that feature traditional jazz instruments, Sonido Isleño achieves its sound with string instruments and percussion. ¿Quién Tiene Ritmo? (1998), their first album, was an instant critics’ favorite and received solid airplay throughout the United States. El Asunto (1998) won the group more fans around the world and earned a position on many year-end critics’ lists. The band performed on CBS – The Morning Show with Bryant Gumbel and Jane Clayson and made numerous radio appearances throughout the U.S. and Puerto Rico to promote the record. In August 2000, EMI-Capitol released Real Latin Jazz – Percussion, Piano & Strings, featuring Sonido Isleño’s “Jazz Changüí.” This compilation of Latin jazz placed Sonido Isleño in the company of such Grammy award-winning artists such as Chucho Valdés, Eddie Palmieri, Poncho Sánchez, and Giovanni Hidalgo. Tres is the Place (2001) cemented Sonido Isleño’s position amongst Latin jazz fans and radio programmers. Many critics named it in their top ten albums of 2001. The band performed in TNN’s James Bond commercials and performed at various high-profile jazz venues in the U.S. and Europe. Critics hailed Blue Tres (2004) as their best album to date and the band performed throughout the U.S. and in Colombia to support it. Blue Tres made 4 top-ten lists for Latin Beat Magazine’s year-end issue in 2004.

Sonido Isleño’s masterpiece, Vive Jazz (2005), marked the next chapter in this exciting group’s signature brand of Latin Jazz.  Critics around the world were unanimous in their enthusiastic reviews and top-ten lists while radio programmers included the album regularly in Latin jazz radio.

Bassist Francisco Javier Cotto was born in Cidras, Puerto Rico, and came to New York at the age of seven, settling with his family in the Bronx. As a professional musician, Frank has recorded and performed with Lew Soloff, Bernard Purdie, Bob Mintzer, Jimmy Cobb, Mike Stern, The Authority, Johnny Colon, Jerry Gonzalez, C&C Music Factory’s Brian McKnight & The Hansons (dance remix), Yomo Toro, Yerbabuena and others.  Frank can be seen frequently on TV’s Noggin and Nickelodeon performing with his band, Hot Peas ’N Butter.

Born in Queens, NY, Greg Glassman is emerging as one of the more important young trumpeters and composers in New York City. Greg has shared the stage and the recording studio with many well-known jazz artists including Roswell Rudd, Eric Person, Sherman Irby, John Esposito, Frank Lacy, Sheila Jordan, Wynton Marsalis, Mulgrew Miller, Jimmy Heath, Bryan Carrott, and Jane Monheit. He also toured Western Europe, Scandinavia, Russia, and the Caribbean with The Skatalites, a band seminal in the infusing of American bebop and R & B into ska and reggae music in the 1960s. He is also a protégé of trumpet legend, Clark Terry, who considers Greg to be one of the brightest young talents on the scene today.

A native of New York, Felix Sanabria has been performing and recording for over twenty years with such renowned artists as Celia Cruz, Grupo Afrocuba de Matanzas, Lazaro Ros, Eddie Palmieri, Tanya Leon, Puntilla y su Nueva Generacion, and Michelle Rosewoman’s NewYoruba, among others. This master of Afro-Caribbean folklore has thrilled audiences throughout the U.S., Latin America and Europe whenever he plays his congas and batá drums.

Hector Torres was born in San Germán, Puerto Rico and grew up in Manhattan’s Chelsea neighborhood. He began playing percussion at the age of four and received his tutelage from family members who played strings, percussion and sang. From this rich experience he has gone on to play timbales with Ray Barretto, Sunrise, Orquesta Novedades, Conjunto Mayombe, Chico Alvarez, Grupo Caché, Conjunto Naborí, José Fajardo, The Moonrats, Rey Saba, Charanga Creación, Fuego ‘77, and Orquesta La Sorpresa, among many others.